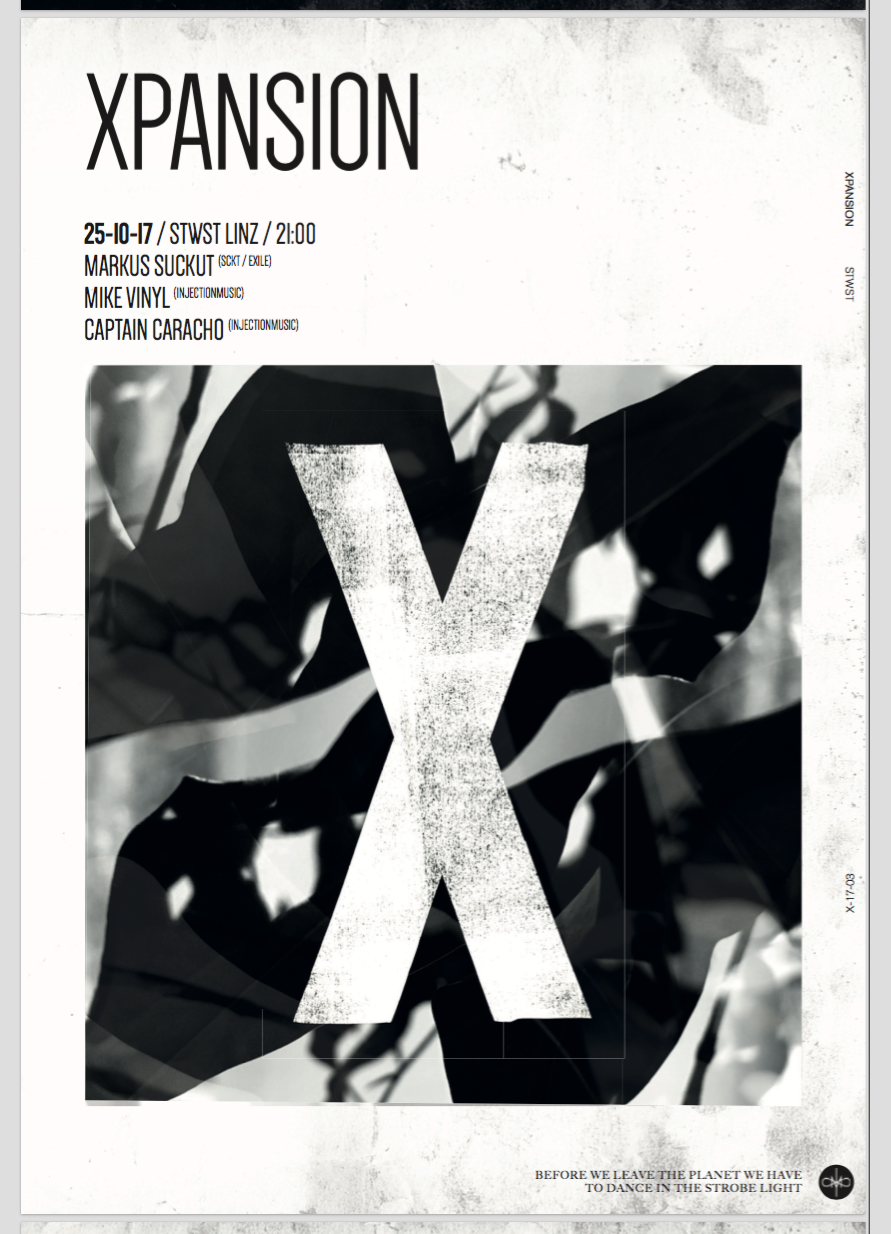 Exciting stories without big words     When you tell a story you explain something which has engaged you, something which has moved you. Telling good stories is certainly not easy, particularly if you don’t use words. Just like a good DJ set, storytelling is all about creating an arc, putting listeners under a spell and giving the feeling that this story doesn’t have to come to an end. Telling a story with these attributes without using words? How it’s possible is demonstrated by DJ and producer Markus Suckut.
Markus’ own musical history began in 1999, at the brink of the new millennium an interest in electronic music was awakened in the young, Germany-based Markus. At the time it was less about committing to one musical direction, than about the excitement of DJing and testing sonic limits. Carried along by the excitement of these inital impressions Markus beganto teach himself to mix and within a few short years his first productions followed.
It’s hard to categorise someone who himself detests thinking about music in narrow- minded categories and who takes influence from many different styles of music. His own productions are best described plainly and simply with the word techno, techno which often and willingly becomes dub. His sets are wide reaching, and even if they have a common basis it’s difficult to describe what exactly they have in common. Perhaps it is soul, a bit of dreaminess and a tendency towards melancholy that best characterise Markus and his music.
Good things take time. A good story can’t be told in passing; accordingly Markus Suckut can be seen as one of the most vocal opponents of short sets, and of a club culture where the next DJ jostles impatiently in the booth waiting impatiently for the start of their own set. To play in his own style, leading the crowd and casting a spell over it, delighting listeners with records selections that go beyond the remit of any kind of DJ charts, this is his world. And in the company of someone who loves to listen to elaborate stories, who detects subtlety while simultaneously appreciating current trends, the listener is in very good hands with both his productions and his sets.

Mike Vinyl
Starting his first DJ performances at age 13, Mike was barely tall enough to look over the turntables. Today, specially in Austria an electronic music scene without Mike is unthinkable – especially for he is now more active in it than ever before. At the age of 37, well equipped with two whole decades of intense experience as DJ, Mike already may count himself as one of the masters of the old school in electronic music, he still can’t get enough of all those long nights of partying, being loud, dancing and celebrations. In short, Mike has by far not had enough of the music circus. Music is a movable feast, always transforming, performers come and go, and one generation passes another on their way. It’s all part of todays world of speed, fast living and economic crises and despite of this all Mike has managed to hang on to all his fascination and passion. Set up in his home base Steyr (Austria), he first conquered the hearts of the local Austrian audience and soon the ones of techno fans at gigs in New York, France, Malta, Italy, Hungary, Croatia, Spain, Germany, Slovenia, Slovakia, Czech Republic etc.
By age 20, Mike published his first mix-compilation and crowds of a few 1000 people were dancing to his sound. Performing at raves and in clubs trough out Europe, he shared the stage with many high-ranking celebrities from the electronic music branch. Fans from all over the world manifest that it was only until they had heard Mike`s sound that really started loving electronic music. Mike is too young to be cult, but also too much cult to be considered young. As an organizer, too, Mike has permanently impacted electronic music. His project „Vinylauslese“, which just celebrated its ten year anniversary, is considered to be one of the best addresses in Upperaustria, when talking about good electronic music! So far, he always managed to successfully escape the chase by the all consuming commercialism of music and remained truthfully committed to his grassroots. How this was possible has a simple explanation, it’s just a matter of heart – which of course all has got to be in it, as always it the case with Mike – Mike is for real! It’s great, that’s just how it is and how it will be, now and always!